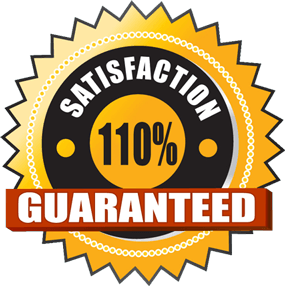 10 Casual Sentences Which are Totally Wrong

We don’t always think when we talk. I mean, we don’t exert any efforts while uttering some casual sentences. We use them every day and we never question whether they make sense or not…
In English, there are also suc sentences that you use quite often but never give a thought about theirgrammar or semantic structure…
Thanks to randomtwister.com, we are now aware of 14 of them. I’ve chosen the ones I like most. You can visit the website for more funny content not only about languagesbut also about other interesting issues.
I, Personally
Which one? — I or Personally? If you are using “I”, then I get to know that you are describing yourself, but you arr adding the word “Personally” in it. Which means that in a single sentence, you are using two describing words for yourself. This is totally wrong from the grammatical aspect.
I saw it with my own eyes
Yeah! You saw it with your own eyes. I mean, who doesn’t? Even insects see through their very own eyes! What’s the point? If you just follow the kind procedure of removing “own” from the sentence, no one will get hurt.
No offence, but ……..
It is obvious that when you are mentioning the word “No offence” in your sentence, you are going to say something offensive. That’s the sole reason you are saying No Offence. Actually, you are preparing the person in front of you to not punch you in the face.
I could care less
I could care less doesn’t mean anything sensible. In fact, it is a grammatical error from your part. No need to apologise though, it is pretty common.
Dude, how’s it hangin’
Why do you say the stuff that looks double meaning? How’s it hangin’ sounds something different from what you want it to mean. Read it again, you’ll see.
110 percent (Or any other percentage over 100%)
Why is this crap? Well, you are defying the laws of nature with including the numbers greater than 100 anywhere when percentage is being used. Nothing is greater than 100%.
Can I ask you a question?
You already are! Aren’t you?
Am I interrupting?
Woh! Didn’t you just did! Using this sentence will only increase the length of our conversation. Ask your Questions instead!
Can we talk?
You are already! What’s the point of saying a sentence like this?
I am just sayin’
Yes! Finally, you said it! But, wait, weren’t you saying so much stuff before saying the stuff you were saying?